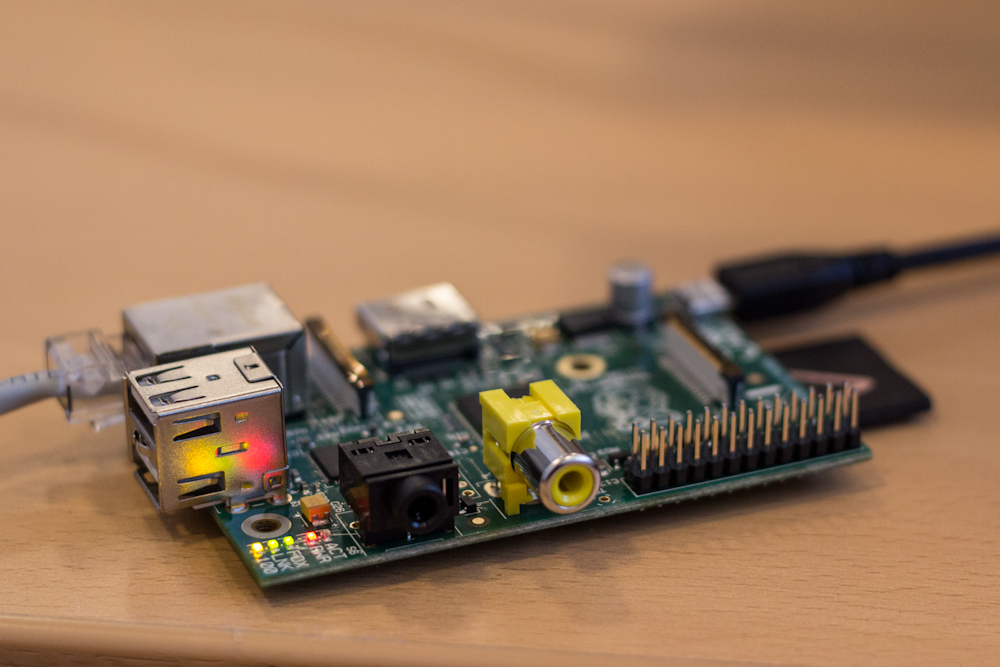 Update: Works with the Raspberry PI 2

I have a tendency to get busy on stuff when I'm under pressure for some completely different stuff, in this case I'm fiddling with my Raspberry PI instead of writing my exam report.

As it is the sixth of December, I received a little traditionally dependent gift from my mother. In Germany we celebrate Dec. 6th with a little present for kids. As of me being 23, that hasn't changed I guess. The gift was greatly timed, since it's a 32GB USB drive, which I directly plugged into my Raspberry PI to make the USB drive the root partition.

You can't do that. Well, you can make the operating system reside on any USB medium, but the actual /boot partition needs to stay on the SD card.

Luckily Linux and the Raspberry have a great community, so there are multiple guides how to do this. What I did was:

The code in my cmdline.txt now:

You have to adjust some steps in the third guide, so it matches your setup and shift out some device names, also since the included script in the rasp-config tries to grow the sd card partition, even though the root partition is on a USB drive. At least that's what I think it does, because it couldn't grow my root file system, when it was on the USB drive already.

Since you're deleting and re-applying a partition table while actually running the OS from it, I recommend that you backup any data on your Raspberry PI, if you have any. It's quite a crazy thing to do, but it worked perfectly for me.

I hope this helped and it's useful to somebody, because I just hacked my solution together from the three guides above. Let me know if it works for you too.