I read about it, faintly remember that something was there, something called that, something about a protocol that anyone can implement, a bit different than diaspora, but it also has pods, just that they're more accurately called instances.

Alright, let's do this. I pick a random instance from their server list and automatically see an interface that looks like Hootsuite (or how it looked when I last used it).

Alright, at least they're behind a sensitive media, you really want to see this? spoiler warning, so that's nice. It looks a bit like content from some corners of tumblr and is apparently some kind of style and it doesn't really seem demeaning towards women, I decided not to unfollow for now. Also I believe the people you automatically follow are specific to the server you join and usually are the admins.

Most of the rest of this server population seems to be french, which obviously you don't know beforehand, but luckily first of all you can follow people from every server and also discover posts from the entire network. If you're really fed up with your server, you can just back up your data and move to a different server.

I even found somebody with a GPG fingerprint in their profile bio so you can send them encrypted messages, I assume they work as a developer, system administrator or in IT security.

I also found an Android app called Tusky, which works pretty well and the Chrome password sync prevented me from actually having to dig up my long random password.

I followed a bunch of people, today I noticed slight problems while loading peoples profiles. Immediately after I toot about it, the server admin asks if it's better now. They're really committed to this! Awesome!

Try getting a hold of somebody responsible for running facebooks servers

I think by myself. I've posted my freshly published blog post here too or rather a link to it, as well as to twitter and facebook.

I figured maybe I should see how fatigued my colleagues and friends are to join a social network, but then I think I should probably spend a bit more time here, before I annoy them all with another cool new thing they possibly will not find that cool. I believe the future of social media will be decentralised, but I'm not betting on a specific platform yet, also I think the convenience border would still have to drop. The good news: People from any instance could follow me if they just have a look at my public profile on mastodon, which is easy enough. 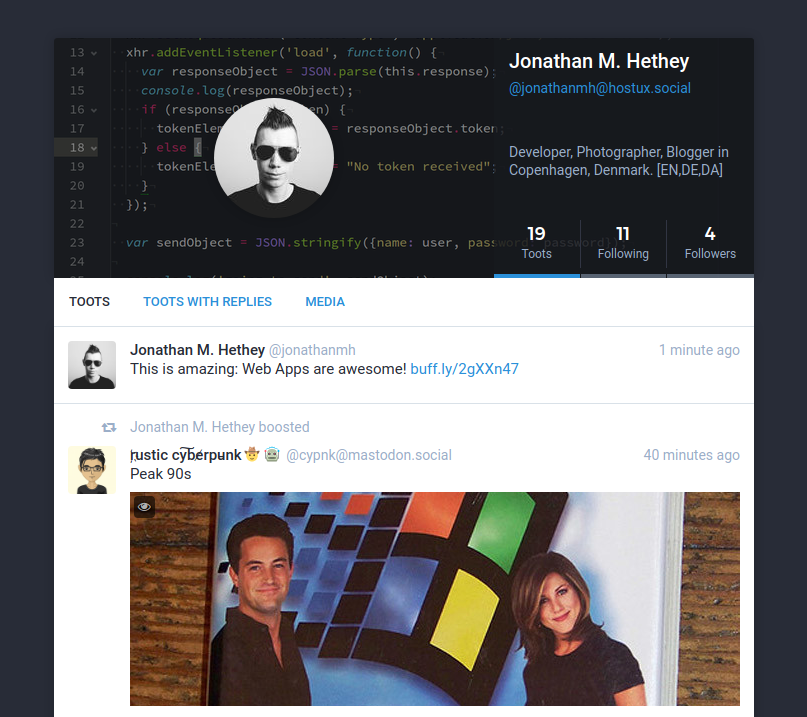 Not much happening, been pretty busy in real life, so I didn't have much time to hang out on Mastodon. I found a bot that literally BONGs for every hour, the big ben bot. 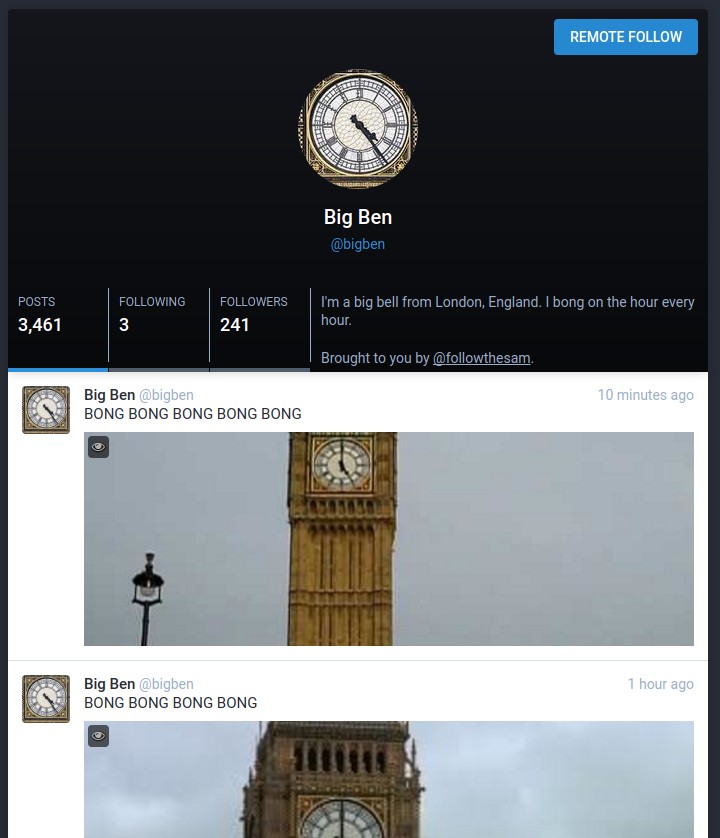 These are people are on the same instance as you. For me, that's mostly french people, which is fine, but obviously not optimal for the languages I speak. Maybe it's good for my french skills.

Read more about the local timeline

I think a lot of new people are trying the network out at the moment, because they recently got some publicity. I was able to kick off a tiny thread by asking what people what's on their mind. I got links to some great TED talks out of it:

I got into a discussion with a... well I'm not really sure what he is. He warned of impeding doom brought by immigrants.

i'm guessing you're a no borders no nations kinda guy, you'd love to float through life taking silly little photos and not having responsibility as your communist friends give you all you need to live. unfortunately some of us do work for a living. enjoy yourself on the dime of others.

One of the pro-mastodon points I've heard a couple of times is that Mastodon isn't enforcing censorship, driven by algorithms to keep you addicted or simply ignoring hate-speech, etc.

This all seems pretty hard to combine (except for the addiction algo), because free speech is bound to offend some. The additional level of control you get to establish some kind of more "safe" and civil space on the net is that that the admin of your instance can decide which servers to blacklist. That means that there can be neo-nazi instances, but that you'll probably never see them because the admins of a majority of instances simply choose to not let them be a part of their network. 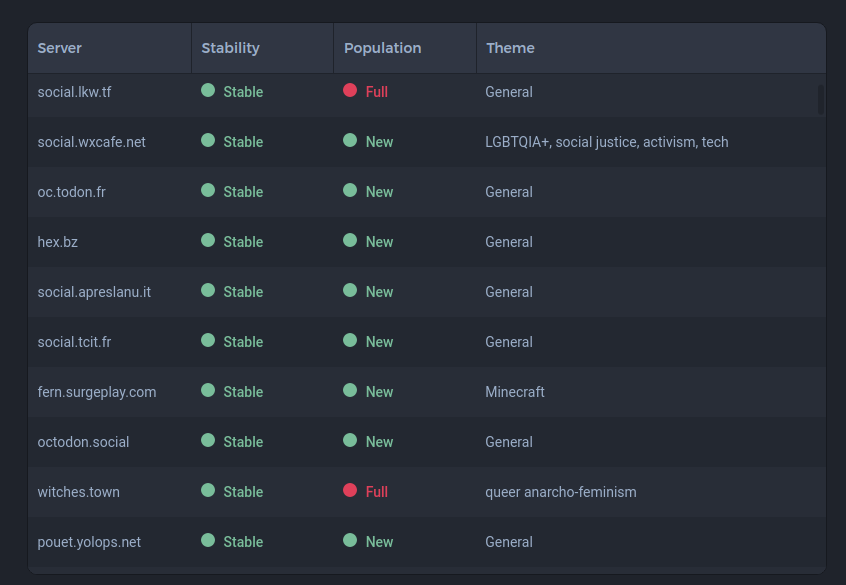 The data export as I discovered excludes your posts and status updates and also they're not being deleted, when you delete your account. There's currently a discussion on the forums of Mastodon here and there to figure out what approach is right to that.

Currently there's a lot of activists and people in tech that seem to not be chasing money, but equality or at least a better/different balance of power between companies and consumers.

My twitter and instagram feeds are full of really cool people that I don't want to miss out on, so that's still a "must-browse" for me.

I'm curious to see where all of this goes and will look out for cool people to follow on Mastodon. If you're one of them, link your account in the comments and I'll have a look ;)

Unfortunately, no one can be told what Mastodon is. You have to see it for yourself.