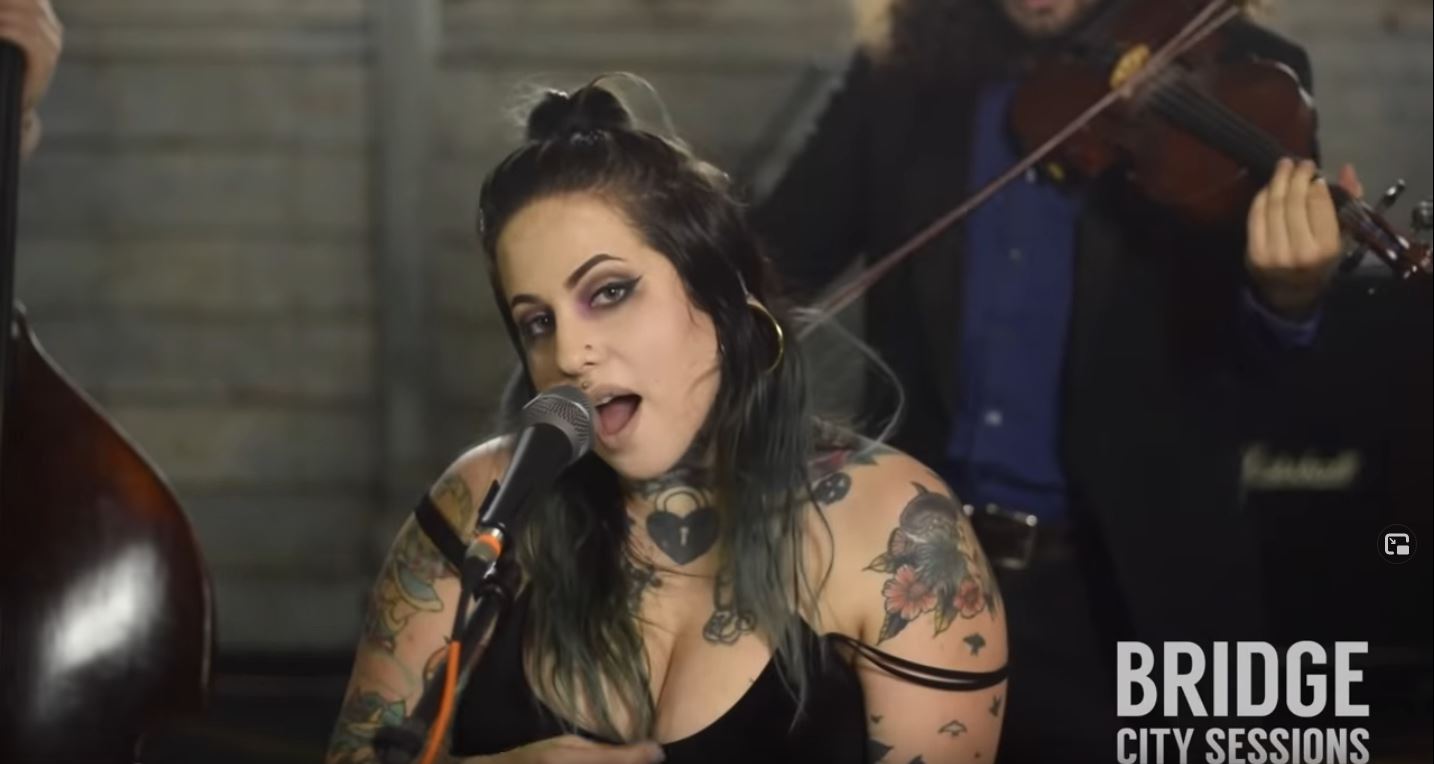 Welcome to this episode of Music Monday! Today we'll have two bands that in one way or another have a popular song regarding the devil! The Rolling Stones aren't part of that list, I'm guessing you know their take on him.

The devil today means something very different to different groups of the population. Depending on how much or how you believe in a big religion, he's a very real fallen angel that "makes you do bad things" and got you kicked out of paradise. I guess the semantic drift that the word has is that it means either some true, often immoral, desire or temptation that either we or society doesn't approve of giving in to.

So the devil drifted from the tangible antagonist to a more vague idea of individualism and non-conformity in modern culture (scientists hate me, because I don't have footnotes with sources, just my perception of popular culture).

Maybe it's also a bit of a trend that we realise our vices or don't shamefully shut up about the things that we fail to do or fail not to do. Just like skulls are not only a sign of death, but a reminder of mortality and to make something of it all.

The first band are The Bridge City Sinners, who perform a genre that I didn't even know existed called Folk Punk. It's basically a folk with a washing board, fiddle and Ukulele, except they sing about witches, devil and death. I found them through either YouTube or Spotify, I don't quite remember, but they have some cool videos and interviews up over there. The first song I want to share is literally called Satan's Song:

The Devil lives in me And the Devil, He lives in you And He'll take your soul Just as soon as your life is through

Also the Witches' Wrath has some references. Witch lore often contains some version of witches having a deal or physical relation ship with the devil.

There's nothing more here This soul is dead and gone I kick and scream but there's no life left in these lungs I sold my soul, afterdeath is so much more I will live out the afterlife as the devil's little whore

Ashes is a sadder and more seriously themed song that's not as feel good and actually deals with the death of people close to the band members, which still has the same uptempo music, but strikes a different tone the lyrics.

As a last song, which is a bit more cheerful and tongue in cheek, check out Pussy Cat.

Dover. Well, mostly the stuff from the 90s

(forgive me for inaccuracies, it was pretty close)

So I went to check out Dover, prominently featuring Devil Came to Me on their most popular tracks on Spotify. The grungy rock sound and the vocals are a great mix and remind me of some of the earliest rock bands I every listened to, well maybe they have slightly more BPM. So far the albums Devil Came to Me and Late At Night are definitely my favourites.

This is the end but I'm not surprised You will burn in hell Do you know why?

In a way the song is really biblical, because you reap what you sow, the devil turns to you saying: "We both know why you're here, right?".

And if it's going to be my destiny I don't want to wait till it comes to me I will work so hard my hands will hurt I will for pay my sins, if so in hell

The live version of that song is really touching and like in a lot of their songs it doesn't have the longest of lyrics, but it still transports the determination to break out of lethargy and to carry the consequences of actions, where ever they may lead you.

I started heavily missing concerts while listening to Dover on the train from work last Friday and I hope I get some nuts last minute opportunity to see them live at some point.

Anyways, thanks for reading! Let me know what you think of the devil and what sinners, devils and hell mean to you.