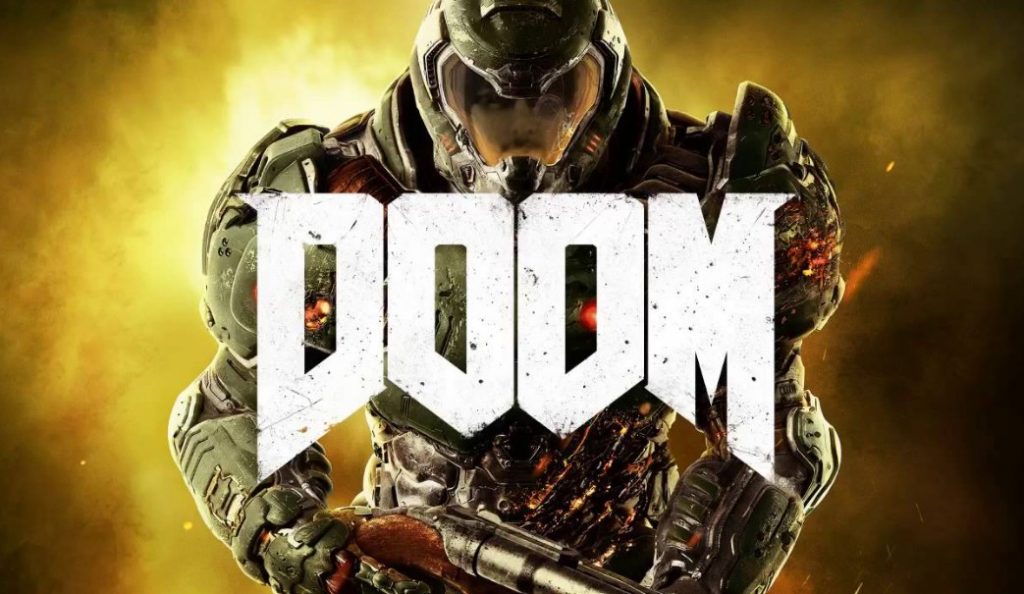 The last weeks have been busy and I've been a bit under the weather with the flu (of doom). What better to listen to than the pulse driving industrial Doom soundtrack that beats you forward and is composed/engineered to transmit the strong feeling of urgency and action to the players in the first place?

So far I've only played the original Doom and not the sequels, but they are somewhere on my gaming bucket list. If you don't know the story, it's very much in the genre of Duke Nukem or Wolfenstein. You're the last man standing between the hordes of hell and what's left of humanity and it all depends on you, etc, etc.

The soundtrack has small snippets of narrative that establishes the setting pretty well. The writing also isn't a horrible example for purposefully grim lyrics that portrait a fanatical warrior character.

In the first age, in the first battle, when the shadows first lengthened, one stood. He chose the path of perpetual torment. In his ravenous hatred he found no peace. And with boiling blood he scoured the Umbral Plains seeking vengeance against the dark lords who had wronged him. And those that tasted the bite of his sword named him... the Doom Slayer. Tempered by the fires of Hell, his iron will remained steadfast through the passage that preys upon the weak. He set forth, without pity and hunted the slaves of Doom with barbarous cruelty. Unbreakable, incorruptible, unyielding. None could stand before the horde, but the Doomslayer, for he alone... was the Hellwalker. They knew he would come, as he always had, as he always will, to feast on the blood of the wicked. The Doomslayer sought to end the dominion of the dark realm. Despair spread before him, like a plague, striking fear into the shadowdwellers, driving them to deeper and darker pits. His power grew, swift and unrelenting. Blinded by his fervor, the lure drew him in. The priests entombed him in the cursed sarcophagus. The mark of the Doom Slayer was burned upon his crypt, a warning to all of Hell that the terror within must never be freed. There he lies still, and ever more, in silent suffering.

If you want to give it a listen, you can check it out on Spotify: