Update: Works with the Raspberry PI 2

This guide is not going to differ a lot from the one I posted a while ago: Boot Raspberry PI from a USB stick, but in particular the parts of editing the cmdline.txt and growing the partition are a little different when you want to install Arch Linux ARM on your Raspberry PI. 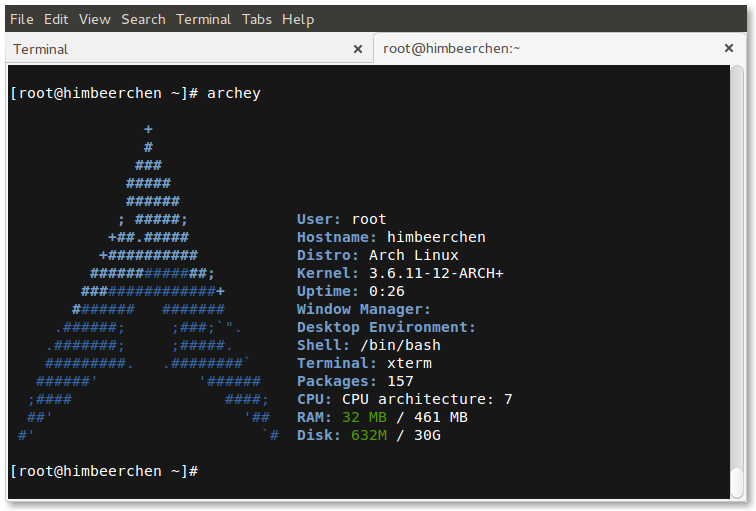 As in the other post, I first wrote the Arch image to both SD card and USB stick:

Editing the cmdline.txt for Arch

Basically what I did was just to change the root fs path and stick with the default beyond that.

Growing the root partition to the full USB stick

I couldn't just stick with the command line solution while the system was booted, probably that's because I was doing something wrong. I just used Gparted on my Linux box to grow the partition. You can also download a live image for CD or USB of that if you're on Windows or Mac and don't have any partition manager at hand. 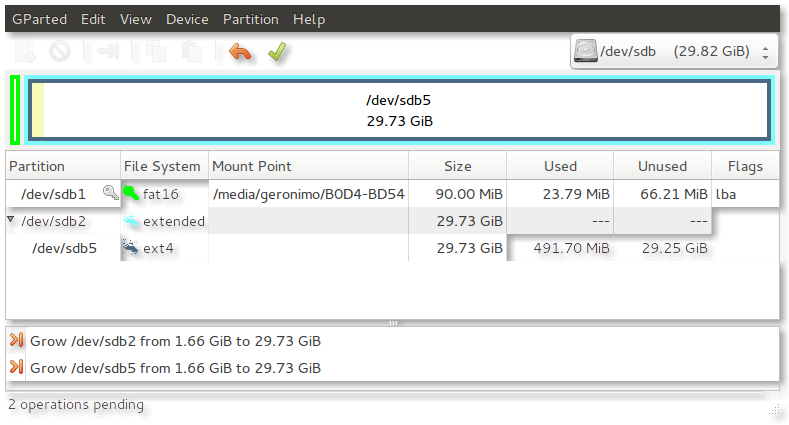 Now the partition has been grown, which we can display by running df -h.

I've become pretty curious about Arch since Lennart put it on his raspberry and now is thinking about ditching Ubuntu for it. Christoph from Linux und ich did just that a couple of days ago, so I thought to myself: Ok, better get some Arch on the PI!