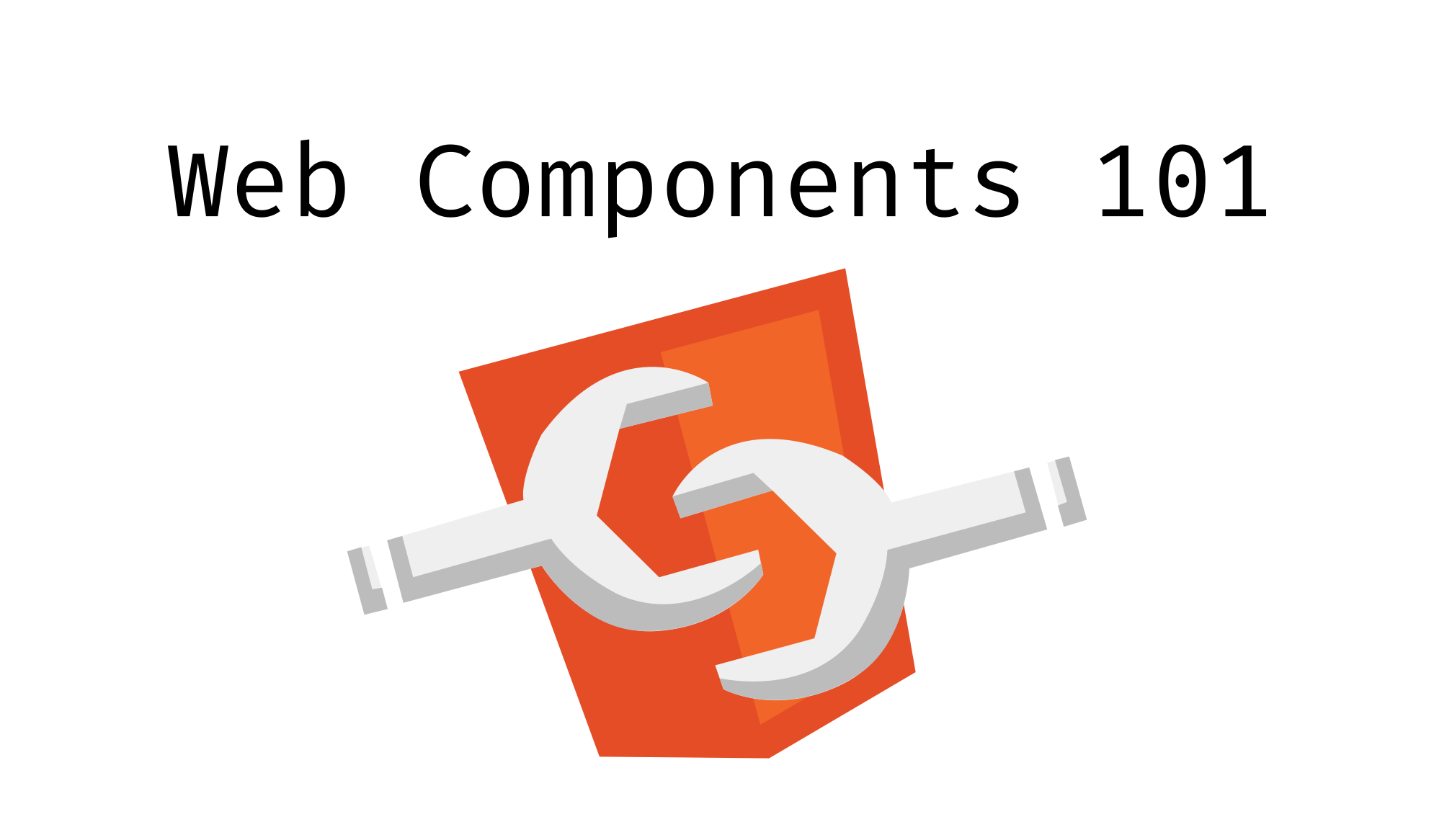 Web Components are a way to encapsulate functionality into little self-contained parts that can be reused and adapted like you're used to from frontend libraries like React, Vue, Angular or Ember. The special thing about Web components is that they work straight in your browser.

When it comes to support, a lot of features are supported in all major browsers, as can bee checked out at caniuse.com.

As you might have seen, web components usually are understood as several sub-parts, mostly:

Let's go ahead and create the easiest possible web component that we can possibly think of, the <hello-world>. Now HTML tags are kind of a free for all kind of buffet, except that you not only can use which ever you want, you can also create which ever you like. So we'll just name ours what ever the hell we want, while observing the safety restrictions like no numbers or special characters or other shenanigans.

If you want to jump straight to the interactive demo, scroll down!

Do you see any web components? Me neither. Also I stole these 58 bytes of CSS. Let's add one! For starters, I'll add this below the first <p> tag.

Next, we're going to add a <script> tag after the <article> with the real juicy stuff, our custom element:

Alright, I know that's a lot of code to make a "Hello World" appear anywhere. It's not super useful to us right now, but this shows us a couple of things and is an important stepping stone to the next level!

Let's break down what's going on in this example:

Great! You've created your first custom element, if you've coded along of course! Now what's the point, you might ask? Well you can now create rich elements and interfaces without relying on the usual suspects of frameworks or just apply this when you have a task where a framework would be overkill.

If you've gotten curious about Web Components and the future of the web that might no longer have any framework wars going on, check out these links:

Last, but not least: Shout out to the friendly people at ideanote.io for hosting a study group in their office this week to bring togehter web component curious people!

2021-03-21T17:24:50.000Z
Dylan Beattie:
Hey! So this article is currently the #2 hit on Google for "web component hello world" - nice work, and it's a great write-up, but the example you've given doesn't actually work. Since your `HelloWorld` class extends HTMLParagraphElement, you have to use it in your markup as: `` The `` syntax is only valid for custom elements which inherit from `HTMLElement`.